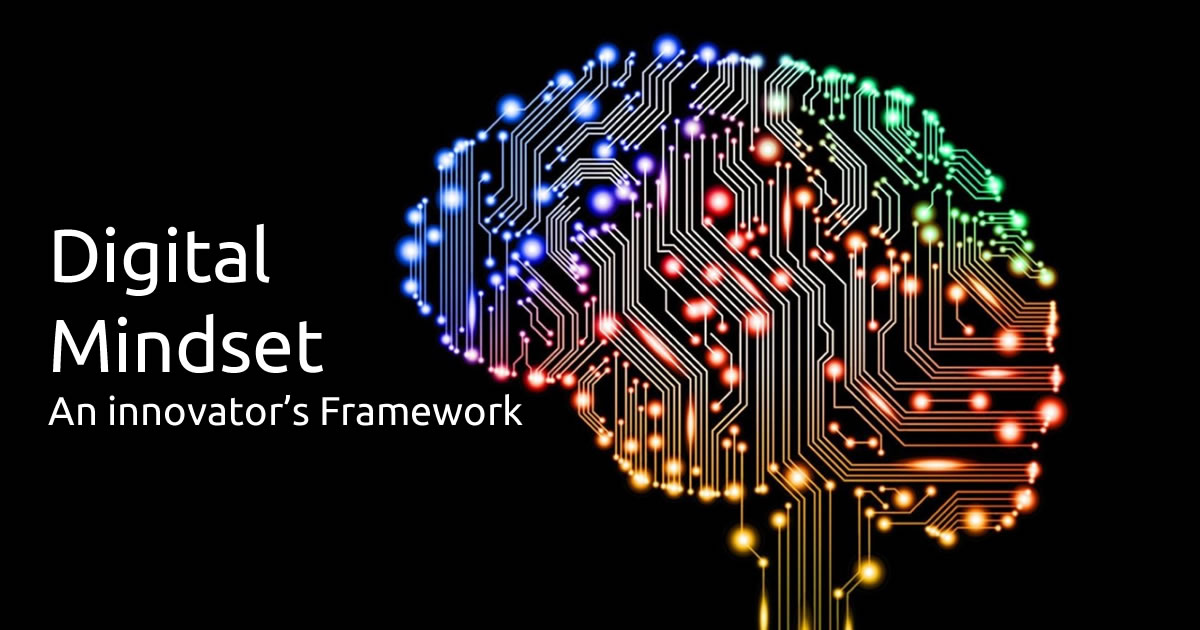 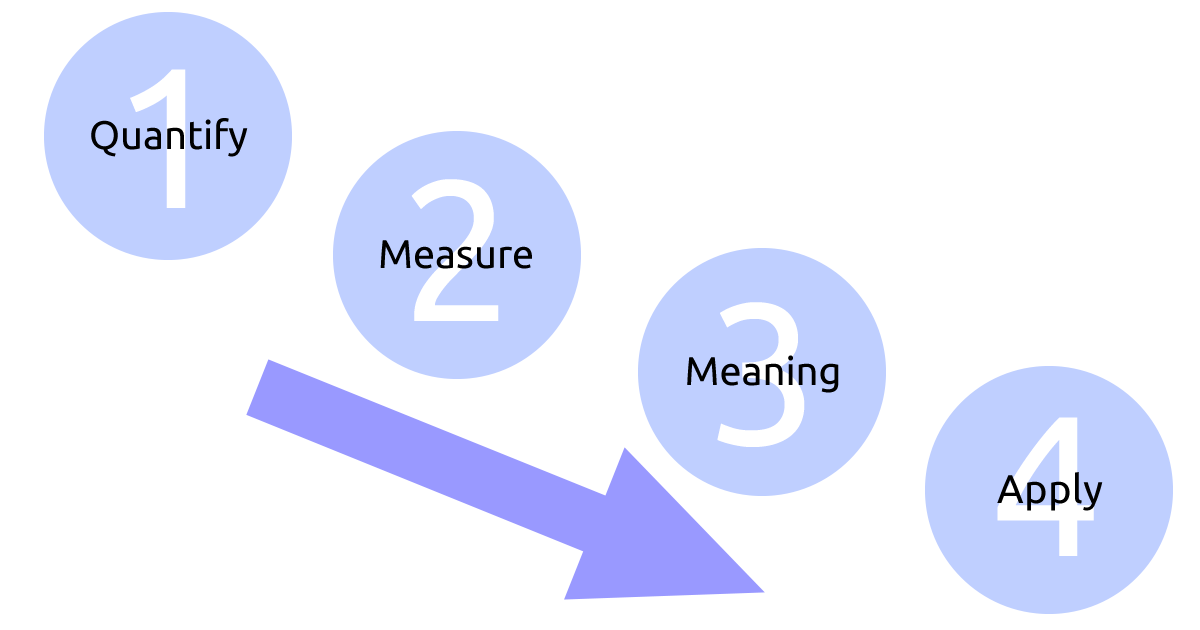 The 4 steps of innovation with Digital Mindset

We all have been told that we are now living in the digital era. That we should have a digital mindset. Your boss comes to you and tells you that the company needs to digitise their product. Digital, digital, digital. What does that even mean?

Have you ever asked yourself this question? How do you even define it? Is it the smartphone you carry in your pocket? Is it that self-driving car that just sped past you? Is it that vending machine that refuses to dispense your favourite soda? Is it that facebook like button that you are monitoring? 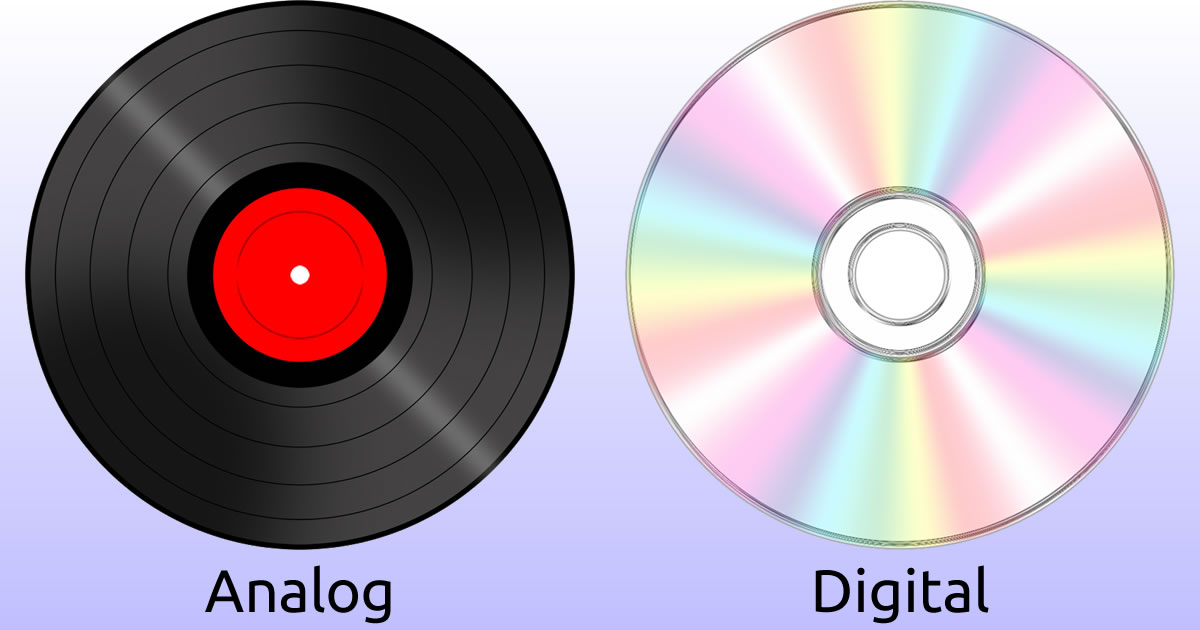 We sort of know the difference between what's digital and what's not:

But that still don't quite get the definition of Digital.

The Wiktionary explains that digital comes from the word digit, refering to our fingers and toes. We know in history that we used our fingers as a basis of counting up to ten. That's why globally, the number system we use is base10, from 0 to 9. In electronics, it uses base2 numbers, which is just 0 and 1. For computer scientists, they use the base16 numbers, from 0 to 9 and A to F. But whether we use base2, base10, or base16, doesn't matter. These number systems are representations of quantity.

Digit is the Representation of Quantity

What does it mean when we talk about changing something from analog to digital? One famous example is the conversion of analog sound to digital sound. 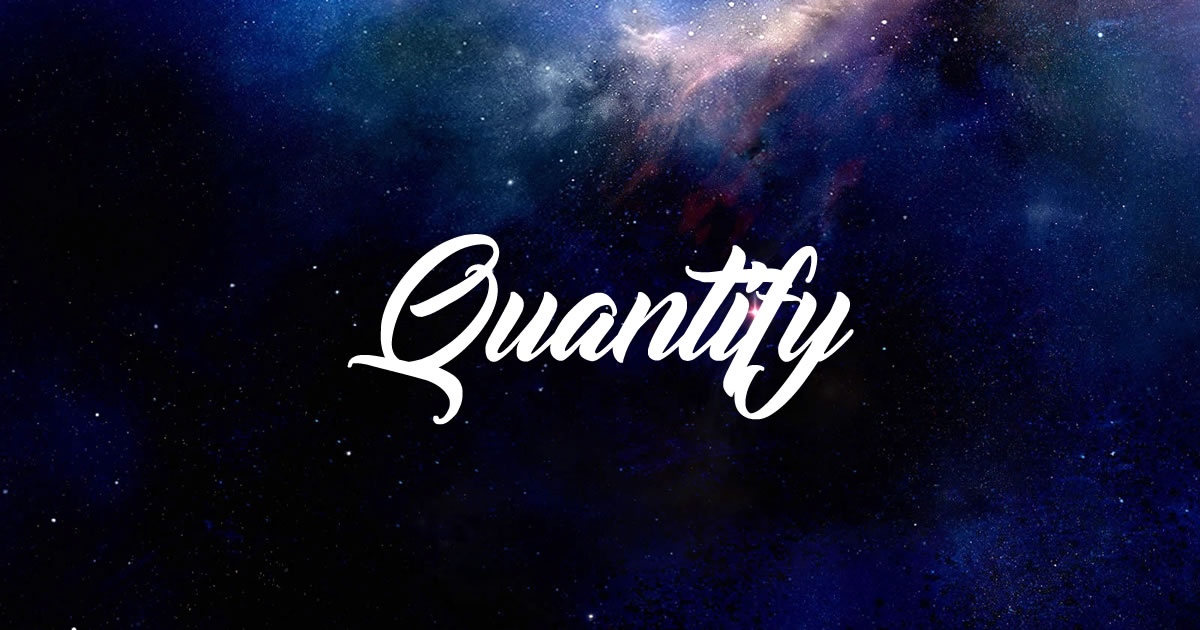 To Digitise is to Quantify 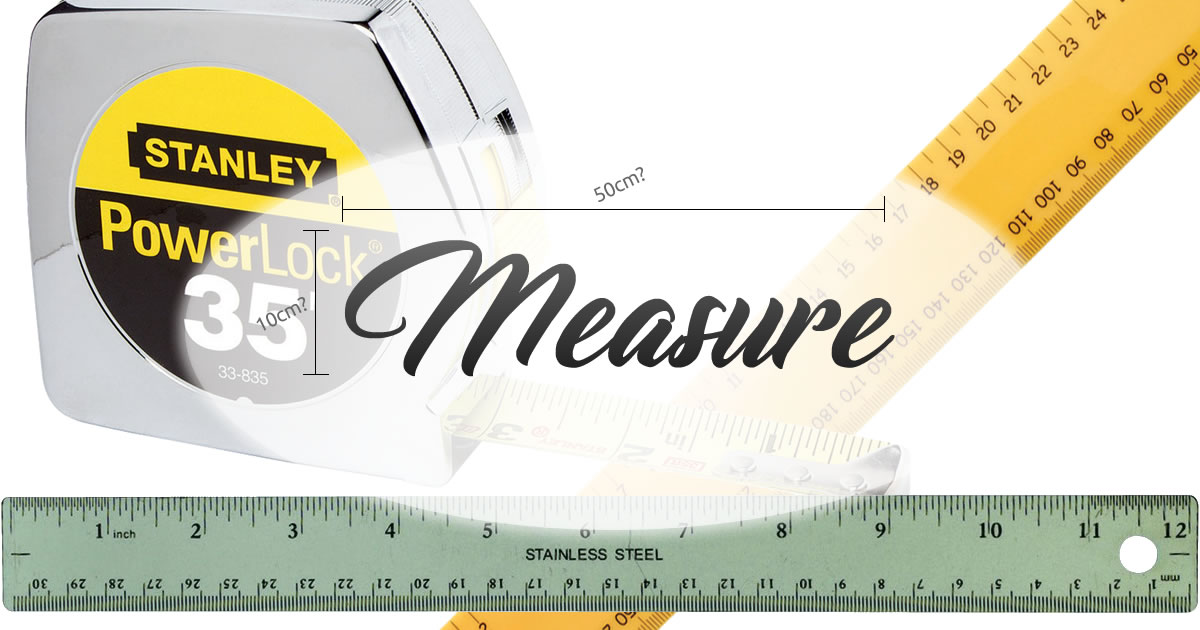 When you can quantify, you can measure

If we are able to associate numbers to whatever is analog, we can make measurements. We measure in various ways. We have percentages, natural numbers, whole numbers, floating point numbers, logarithmic scales, matrices, and several others. We can also use a combination of them.

Percentages are suitable when there is known boundaries and expectations.

Natural numbers are suitable when we know that there are literal quantities of objects.

Floating point numbers, or commonly known as decimal numbers, are suitable when precision is required. 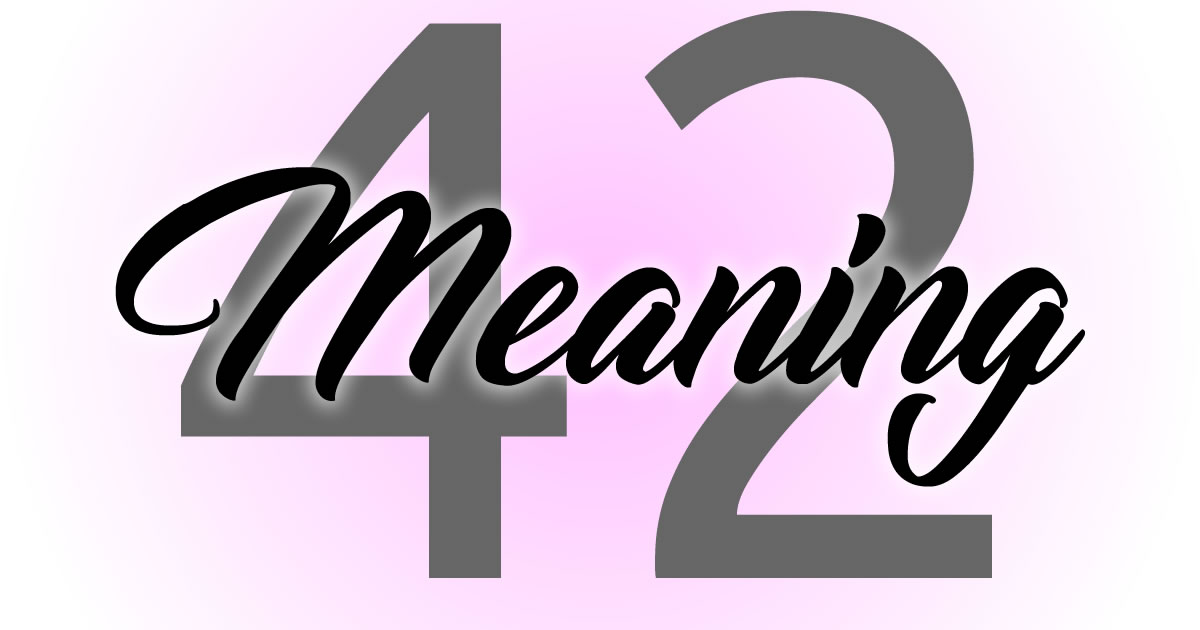 Now that you know how to measure, you can find meaning in the measurements.

Sometimes, we use percentage as a frame of reference. We use a more familiar object as the frame of reference to something less familiar. Like you weigh 16.5% on the moon. Despite not mentioning Earth, you know I'm referring to your weight on Earth. You need that reference because I'm betting that you haven't stepped on lunar soil.

That's where whole numbers come in. Negative numbers means that you can have debt. You can subtract beyond the existing quantity.

But when precision is needed, floating numbers is your best friend. You can be as divisive as you want, only limited by what's humanly possible.

Knowing what type of quantity representation to use will give you the meaning you look for. 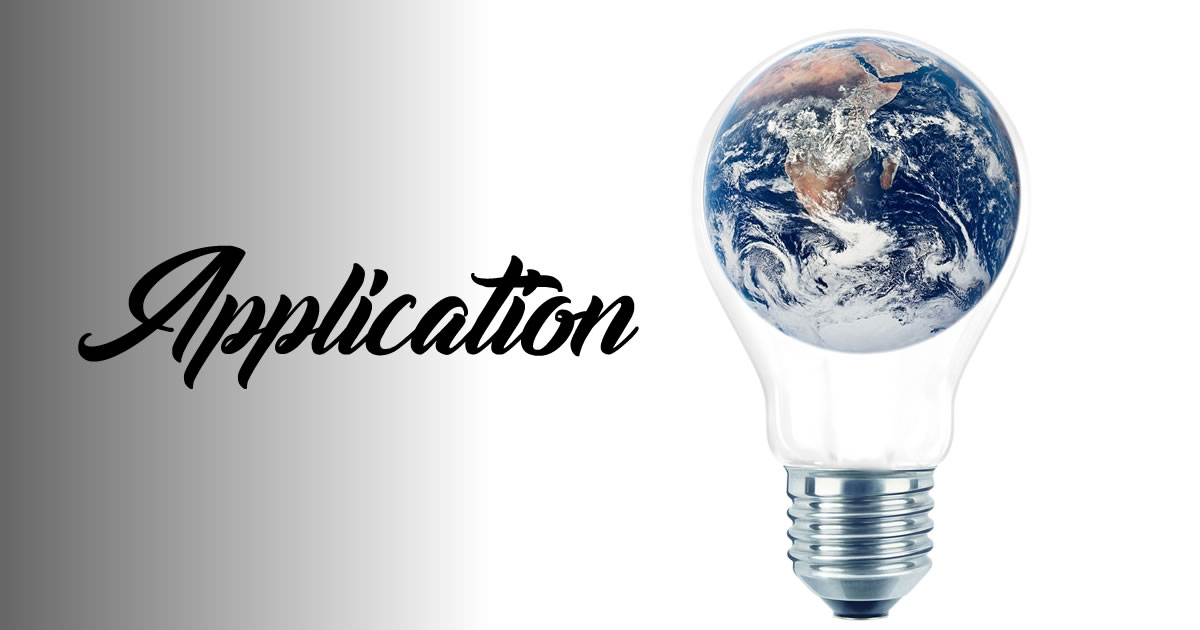 Now that you have the meaning, apply it.

Let's try quantifying something that doesn't seem logical, and so analogous. Let's try to quantify emotion. It doesn't quite make any sense to say I'm feeling 50% emotion or 98% emotion. So let's take Robert Plutchik's 8 basic emotions. Now it would make more sense to say I'm feeling 10% fear, 50% trust, and 80% joy. We have made emotions quantifiable and measured it. At this percentages, you could probably guess I'm having an adventure with a trainer, thus the presence of fear, trust, and joy. If you're the trainer, I'm sure you have done a good job with making sure the adventure is joyous without too much fear. You probably want to work on gaining trust.

Today in the tech world, we hear so many tech terms used. Where does each of these terms fall under in digital mindset?

In today's cyberscape, we have a lot of data. A lot of data comes from how we use online services. Big companies, like Google, Facebook, Apple, Amazon, Microsoft, have been collecting a lot of data on our way of life. So much so that our privacy is invaded, but that's a topic for another blog post.

There's a lot of data contributed by the internet of things. With the increasing computing power and lowering of prices, more and more of our everyday objects are equipped with sensors. These sensors then collect the data and sends it to the cloud for further processing. Your smartphone is one such object, with a Samsung Galaxy S7 edge having 8 sensors itself. We call these objects The Internet of Things.

All these data is possible simply because we have quantified many things in our world. With the costs of storage dropping, we can afford to store massive amounts of data.

Machine learning has come a long way. Along with dropping storage costs, computational power has increased, and better and specialised machine learning algorithms have been created.

All of these have resulted in meaningful insights that would have taken humans an incredible long time to figure out. At the same time, it has allowed machines to do the things what was once possible only by a human.

With machines being able to do what we humans used to have an advantage over, and in some cases, better than what we can do, we are increasingly allowing this artificial intelligence to govern our lives. From all the data it has collected and the meaningful insights it can compute in an instant, we allowed artificial intelligence to drive our cars, tell us how sick we are, beat us in our own game, gamble till we're broke, be our oracle, compose melody, paint art, and be racists.

The digital mindset is a very useful innovation framework for start-ups to begin with and mature companies to transform.

If you are a start-up, having trouble coming up with a way to disrupt, try the digital mindset approach. There is already a lot of data generated and publicly available, like Google's public data. If there isn't the data you are looking for, try to collect that data. Then find meaning out of that data by running the data through machine learning. Then from the meaning, apply it in the society with a sustainable business model.

If you're in a mature company with the task to innovate, you probably have lots of data in the company to begin with. You can approach this by finding new meaning from the data, or automating the process that your fellow colleagues are already doing. From there, there are several ways to apply it, perhaps a new business model, a faster operational procedure, or an entirely new operation.

Whatever the case is, I look forward to something innovative from what you read here.