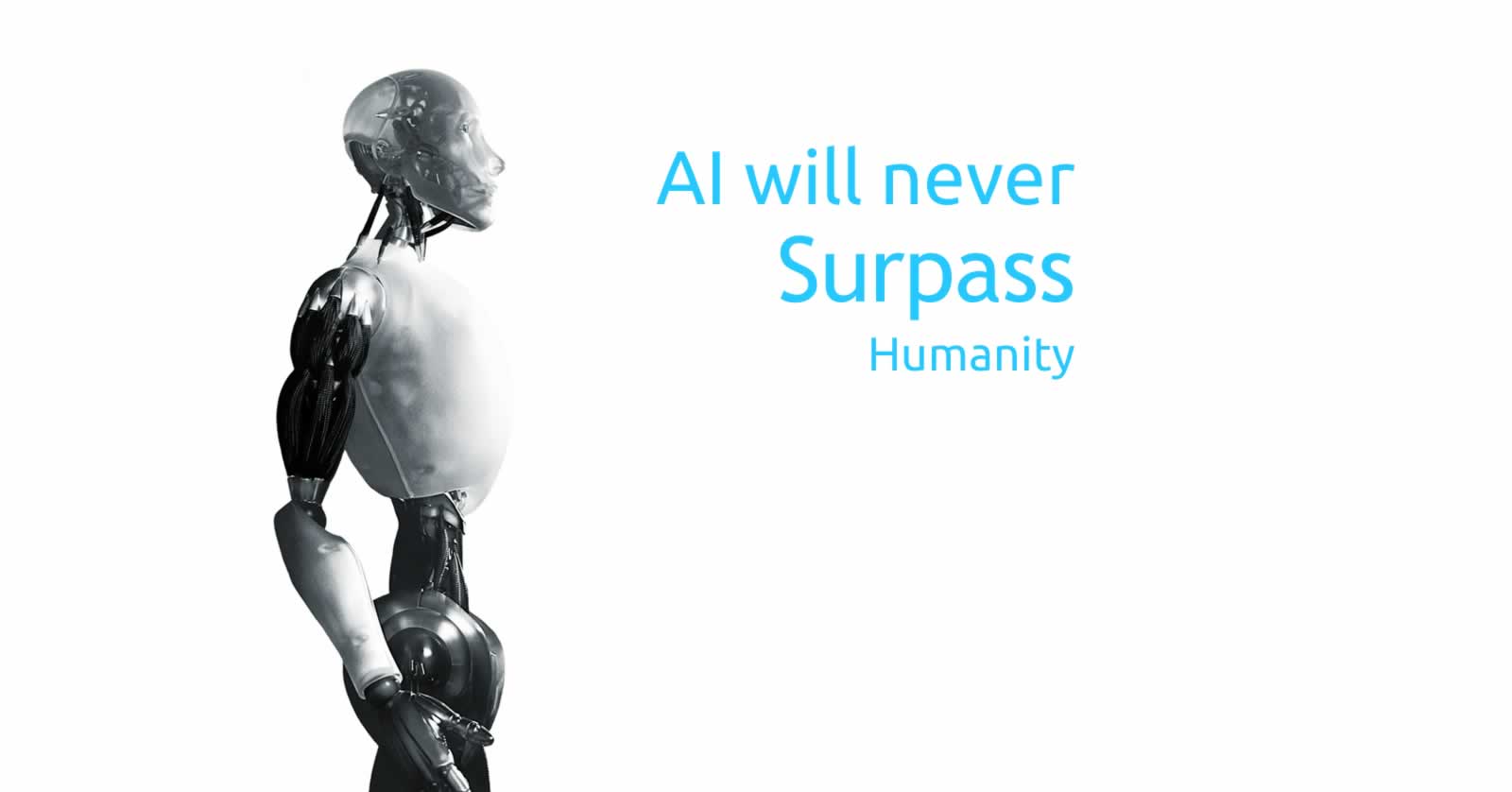 As I dive deeper into Machine Learning, I began thinking, while machines ever surpass humanity? No!

Now, before you barrage me with a fury of comments, hear me out.

1) Why should humanity be the benchmark?

The idea that humanity is the mightiest species derives from our own narcissism. What makes you think you are the top of the food chain? Put you right next to a shark deep underwater with only breathing apparatus, you're food of the day for that shark. Or how about consider that the weight of all the ants in the entire world is the same as the weight of all humans? Oh, let's not forget that ants can carry up to 50 times their weight. I can barely carry anything twice my weight. If there's ever an ant revolution, it's a game over for humanity. No, Ant-Man won't save you.

2) Consider that intelligence is a subjective matter.

What makes you think that our intelligence is the pinnacle of nature? Why would it be the defacto for intelligence? If we are so intelligent, why haven't we understood many concepts of nature and science? There could quite possibly be higher forms of intelligence that we are incapable of comprehending.

3) There could be other forms of intelligence.

This sounds really abstract, but here's how you can see it. If you show a monkey a skyscraper, the monkey will be able to understand that there is a building that is very very very very tall. But the monkey won't be able to comprehend how such a building forms. The monkey has a very different form of intelligence, the kind that is enough for it to survive as a species. In the same way, we humans have enough intelligence to acknowledge the laws of nature, study it, and manipulate with it. But we still haven't had any idea how any of these laws of nature came to be.

It is therefore my belief that AI will never surpass humanity.

It doesn't need to. It just need to reach to a point enough that it can deviate to it's own form of intelligence, which we might never even understand.

Will it be dangerous to humanity?

That's the part that scares me. I have no idea what kind of intelligence it will form. Sure it will derive from humanity, but it will eventually deviate to something completely different. Whether we are capable of understanding it or not, is another matter. Either way, there's a good chance that it may not be humanity friendly.

My first attempt at Machine Learning

So I've started doing learning machine learning with tensorflow. Coming from a PHP background, I often forget that python doesn't require semi-colon. I haven't done anything impressive yet. Just some codes to make sure that my tensorflow works.

So here's the code that I've tried so far.

Honestly, I don't know what's matmul, mathematically and programmatically. But I'll figure it out along the way. I just need more practise. At least I know I can get tensorflow to work. 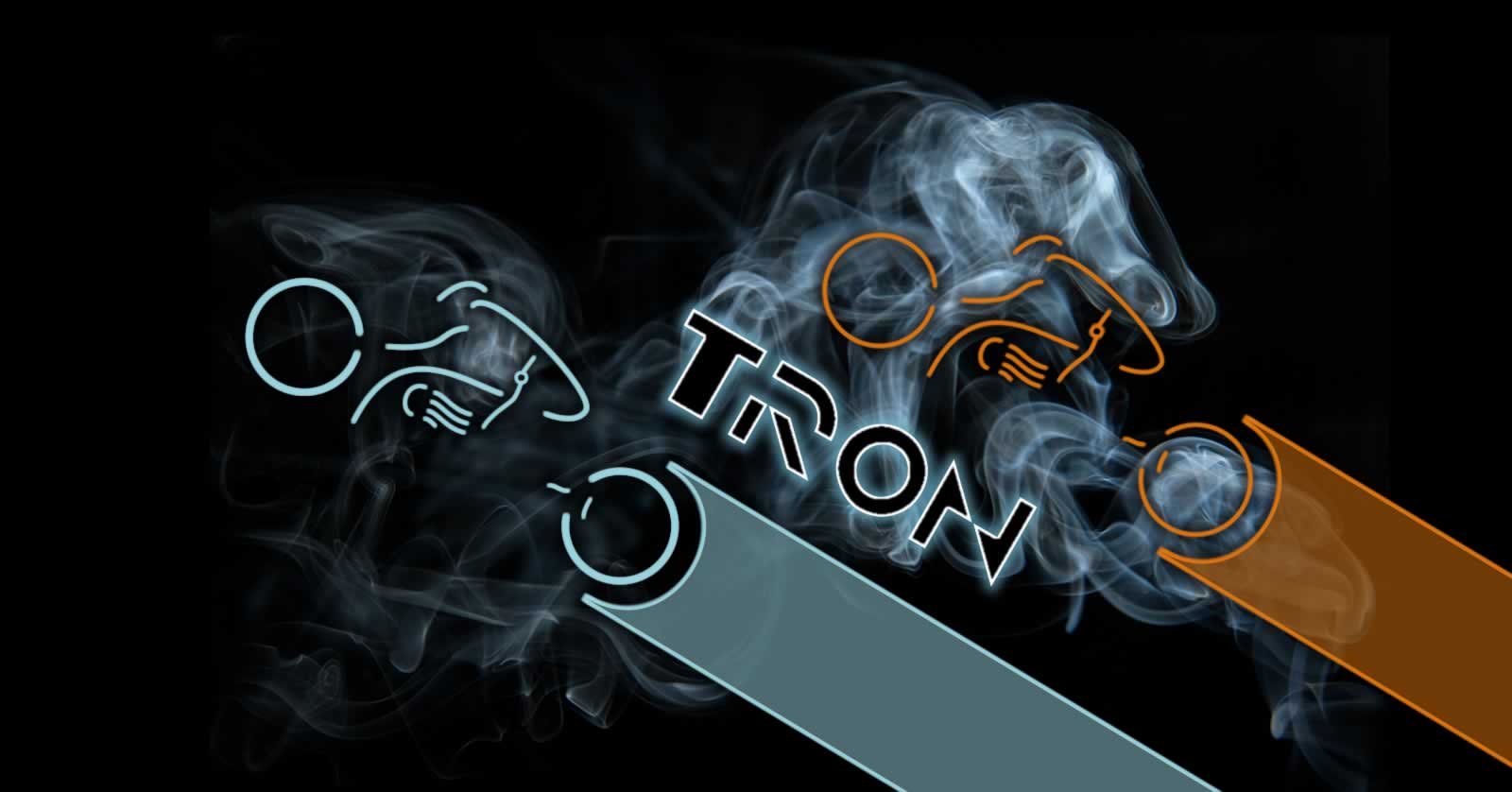 How do you guys like my design? It's based on the Tron design. I thought I like the Tron Legacy and it's so futuristic. So I decided on this tron-istic theme.

So far, I hope everything is working fine with this design. I've been facing problems with Foundation's Sticky plugin. I'm considering not to use it anymore. It's so buggy.

But that's it for now. What should I work on next? Perhaps improve on my navigation? Then maybe SEO image for every blogpost? Because I believe these are the 2 things left before I am confident to annouce this site.

My site is now ajaxed

Alright! More progress on my site.

I've finally made the entire site ajaxed. It will also navigate properly when you hit forward and backward.

It's not really my first attempt. I've done this effect with other projects before. This time round, it's mostly copy and paste. So next up, I'm probably going to design the site to look more pleasing. Hmmm.... What kind of design would look nice for this little site?

We have heard the old adage told by older women to young ladies, play hard to get to protect yourself.

It certainly has its merits:

It does make sense in this light. Yet have we also considered the consequences?

Play hard to get, and you will be treated like a trophy when you are gotten.

I'm not sure about you, but I'm pretty sure most ladies still want to be loved even after marriage. No wife would want to be a decorative ornament in a big grand home.

Playing hard sends a very wrong message, that relationship is a game, and you're the prize. You're not a walking badge beside him, a trophy in the kitchen, a status for him to brag.

Does the old wisdom still hold its place in our modern culture? I believe it does, but with much less importance. Ladies should consider that love works both ways. While ladies seek to be loved, men seek to be respected. Ladies, do what you need to know that your man loves you, and respect him as your man, your husband, you lover, your companion for life.

However, each one of you also must love his wife as he loves himself, and the wife must respect her husband. - Ephesians 5:33

Greetings Earthlings , Shurn the Awesomer is here to give you an awesome time.

This little site is a record of my life, opinions, and views. I'm mainly writing about Technology & Gadgets, Busting Creationist Myths, and other philosophical stuff.

This site is done using CakePHP.

With this uptime, how much more can I be proud of to showcase to the world? This uptime monitoring is brought to you by StatusCake since 13th May 2017.

I will always check for copyright usage before using any materials on my site. Whenever due, credit shall be given.

However, if you notice that I may have infringed on any copyright material. Please do not hesitate to contact me. All works of every artist deserves to be honoured and respected.